A top exotic car parts retailer turned to Open Source Integrators to help them remain industry leaders in customer service by implementing an Open ERP solution, USA Odoo, to complement their existing Magento platform - giving them the freedom and flexibility they needed in order to stay on top and compete with other top e-commerce businesses.

This exotic car parts retailer has been in business since 1974. They started as a service shop, doing maintenance and repairs. At the same time, they started to build an inventory of parts that enthusiasts of this exotic brand in the northeast could purchase to do their own maintenance, repairs and modifications.

In the late 1970’s, they began to advertise their products nationwide. The response was surprisingly strong, so in 1983 they produced their first catalog on a typewriter, which subsequently grew from a handful of pages to more than 100. They launched their first website in 1996, converting it to an online e-commerce store in 2001. In 2009, they launched a searchable knowledge base of more than 1,000 tech Q&A and DIY videos, quickly followed by a YouTube channel and Facebook page.

The main reason they decided to go into the parts business in the first place, in addition to offering high-end parts, was to provide best-in-class customer service. This exotic car e-commerce retailer was the first in their niche to offer a free catalog, a toll-free phone line, a toll-free fax line, same-day shipping, a best price guarantee, a 100 percent satisfaction guarantee, a “no BS” returns policy, free DIY/ tech support, and more. As a result, today they are the leading parts and accessories mail-order and Internet retailer in the world for their exotic auto make.

Back in 2014, the client was using Magento as the platform for their e-commerce website. Meanwhile, their market was shifting from phone and email orders to a modern e-commerce website, requiring integration with marketplaces like Amazon and eBay. The contrast of the user experience between those platforms and their own website was difficult to overcome with the current tools in place. The customer buying experience needed some serious improvements while still maintaining performance, a challenge considering the 250,000+ product catalog.

The problem was that the client didn’t have much experience and expertise internally. In addition, they had received a notice that their payment gateway service was to be decommissioned. The pressure was definitely on to make a move and get the right Open ERP system in place. Luckily, the COO, CFO, and customer service lead were up for the challenge.

Goals for the e-commerce system

The client soon discovered Magento’s limitations in terms of accounting, inventory management, and data integration with their current backend systems, Racers. They then discovered USA Odoo as a Magento-compatible backend and decided to start with Odoo Online and Odoo Inc in February 2015. The idea was to limit scope creep and have a three-year engagement to improve ROI.

The client also contracted with AIO Connect in Germany to integrate Odoo Online with Magento.

In August 2015, the client bought the book “Financial Accounting with Odoo” and decided it was time to call Open Source Integrators.

OSI was contracted in October 2015 to help the client speed up the project and meet the deadline of the payment service being decommissioned in April 2016. In early 2016, the client was informed that the payment service provider would actually maintain their service after all, giving their team some time to implement USA Odoo. Working with Odoo Online, the client was able to implement many customizations using server and automated actions and was able to find a business or technical solution to all their issues.

Within a week, Open Source Integrators installed Odoo Enterprise on the client’s infrastructure, including the test, quality assurance, and production servers. Within a month, OSI made all the required customizations through modules development and gave the client’s team the possibility to finish user training and go live in January 2017. The client’s new Magento website has been live since March 1, 2017.

The client is already seeing the benefits from their project, including great customer feedback and an increase in sales. They have a flexible platform to build on for the future, and will be able to improve warehouse operations and customer service. They have successfully transitioned the organization from a catalog-based company to an online e-commerce business without losing their culture and trademark.

This exotic car parts retailer is successfully using Odoo and Magento for:

Take the next step to connect with us and discover the power of Open ERP. Please select your preferred way to engage. The Whole is Greater Than the Sum of its Parts 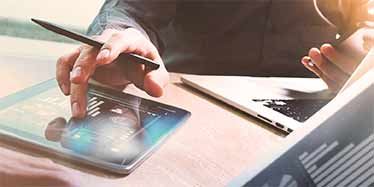 As a top Odoo integrator in the US, we will help your team discover why Odoo is among the most trusted Open Source ERP applications, with end-to-end ERP accounting integrations simplified by the pros. 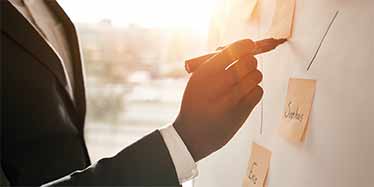 ERP customers can enjoy all the robust capabilities of real-time data sets to inform their ERP solutions, operations and leadership teams. If you are looking for Hadoop done right, you’re in the right place. 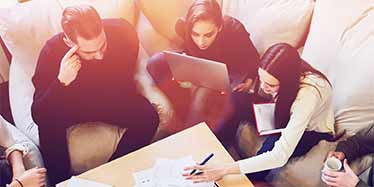 There are websites and then there are e-commerce sites. E-commerce at the next level starts with a robust CMS solution. Find out why Open Source integrators look first to Magento for the heavy lifting.

Contact our representatives to discuss your needs and answer any questions.

Thank you for your interest. A representative will be in contact with you soon.